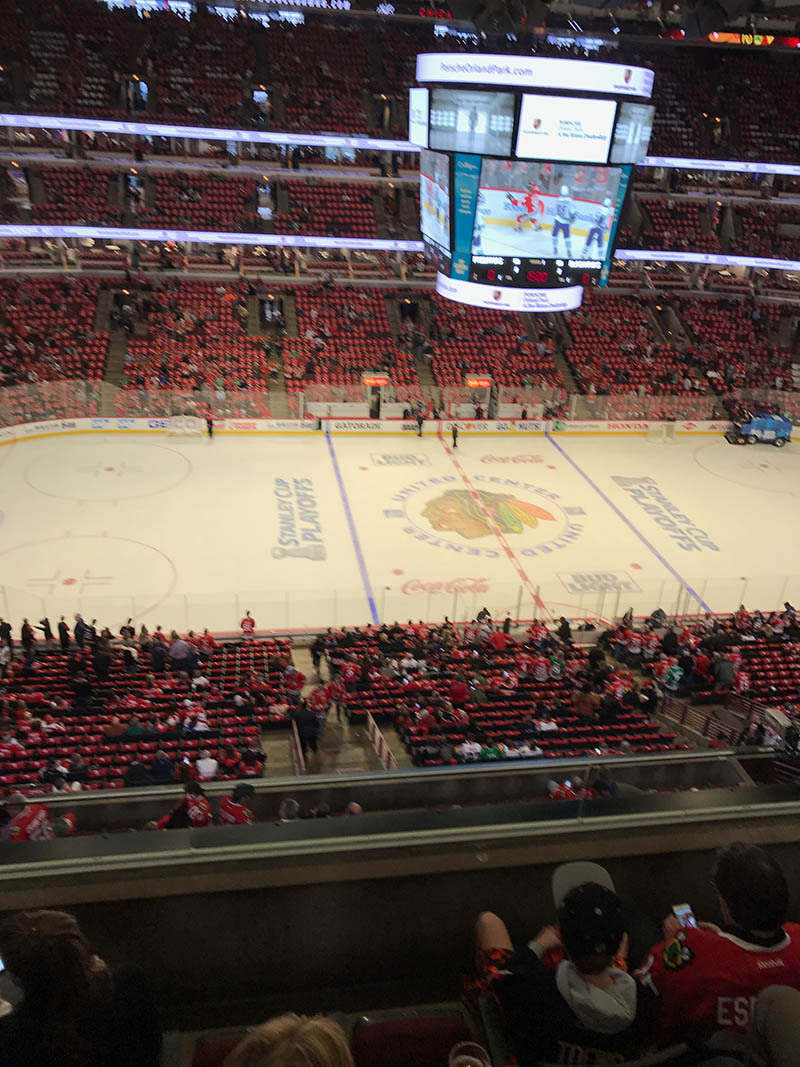 I was at the game. It was a beautiful night for hockey, Saturday, February 17. The Chicago Blackhawks were playing the Washington Capitals. The Blackhawks gave their best effort of the year, a 7-1 upset over the playoff bound Capitals. During the game I had seen some fans several rows below me that were being escorted from the game, but I figured they were some intoxicated Chicago fans clashing with some Capitals fans. I was dead wrong.

I later learned that the fans who were sitting in expensive seats by the glass had been ejected for shouting “basketball, basketball, basketball” at the 25-year-old African American hockey player Devante Smith-Pelly (who was sitting in the penalty box). I felt angry at first, then embarrassed. Ironically, this happened during Black History Month and also during the NHL’s “Hockey is for Everyone Month.” I was pleased to see that Smith-Pelly confronted the fans and that the Blackhawks, Capitals, and NHL have since spoken out against this despicable act. I am also pleased to see that the Blackhawks officially banned these fans from games at the United Center, although I’m not sure if or how they can enforce the ban. Furthermore, it does not change the stain that those fans’ actions left on the game.

To me, this sadly shows that racism, ignorance, and stupidity still exist in the world of sports at all levels. It also shows that actions in sports have consequences. Who knows if these fans actually are racist, but they said something racist without thinking, and they can never really take that back. Furthermore, the fans may never have thought that a chant they shouted could haunt their own futures and reputations.

While a lifetime ban from the United Center, an apology, and community service could help lessen the damage, it will be difficult for many to ever forget what happened.

Takeaway from The Blackhawks/Capitals Game: