Is Art Briles, Formerly of Baylor University, Worthy of a Second Chance? 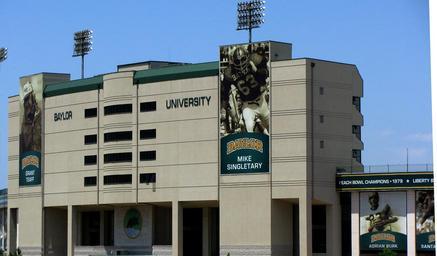 Sports enthusiasts will recall the May 2016 Baylor University scandal and the removal of Art Briles, the winningest coach the program has had since the legendary Grant Teaff stepped down in the mid-90s.

Baylor retained an outside law firm, Pepper Hamilton, to investigate the university’s response to the alleged misconduct within the athletic department. This included, but was not limited to, allegations dating back to 2011 of violence against women by football players. The law firm concluded that Baylor staffers failed to adequately look into complaints against its players and often discouraged victims from reporting incidents. In short: “institutional failure at every level.”

The NCAA’s investigation into the case is still pending, and no penalties have as yet been handed down to Baylor staff. Allegedly, school regents have acknowledged that seventeen women reported sexual or physical assaults by nineteen football players from 2011 through 2016, all under Briles’ watch.

Art Briles was recently reported to have been on campus at Southern Mississippi for an interview as the new Offensive Coordinator. Though not a head coaching opportunity, this would put him back on the map in a major collegiate program. The Southern Miss administration apparently issued a statement saying that Briles is not a candidate for the position. However, the head coach, Jay Hopson, said, “I have interviewed Art Briles for the assistant coaching position at Southern Miss and believe he is a man who deserves a second chance.” Hopson concluded that he believes Briles will be a head coach at a major institution in the near future.

Does a former coach with great talent, when the public may not yet know whether he has shown remorse or understanding of the seriousness of the charges, deserve a second chance? It would be useful to know what steps Briles has taken, if any, to learn more about the problem of domestic violence and physical/sexual assault and also whether he has voluntarily engaged in some type of community service.