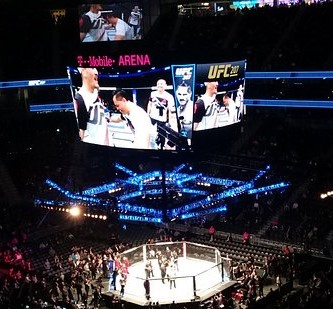 There is no doubt in my mind that the UFC is the sports entertainment of the future. In fact, it has already become the go-to combat sport of the present, with UFC 229 reportedly reaching 2 million pay per view buys. Dana White, the company’s president, believes the UFC could surpass the global popularity of the NFL in the near future. It encompasses what millions of us crave, which is competition, pure athleticism, drama and storylines, violence in an organized fashion, and big money stakes. It truly is a fascinating sport to watch. This, coupled with the accessibility of the UFC talent via social media, helped UFC establish this global presence.

Well, with great power comes great responsibility. There are millions of children tuning in to these fights. A perfect example of this was the UFC 229 main event Khabib vs. Mcgregor on pay per view this past Saturday night, slated as the greatest UFC fight in history. You have arguably the UFC’s biggest draw and former champion in Connor McGregor, who is as outspoken and polarizing as it gets. On the other side you had the “silent assassin,” Khabib Nurmagomedov, who has never lost a professional match in his career and has been called “a machine in the cage.” The fight certainly did not disappoint, with the match going four rounds resulting in Khabib finishing off McGregor with a neck crank submission and Khabib remaining the lightweight champion.

However, what happened after the match was gut-wrenching, nauseating, and has no place in the UFC or combat sports in general. After Khabib had won the fight, he decided to retaliate for all the personal trash talking McGregor and his corner had previously done. Khabib jumped the fence, and the organized violence that – spilled out into the crowd at T-Mobile Arena in Las Vegas was disgusting. When Khabib attacked one of McGregor’s coaches for his role in the personal barbs in the months leading up to the fight. Meanwhile, members of Khabib’s corner jumped into the octagon and attacked McGregor.

The full fallout of this is still playing out, but what we do know is that both fighters have been temporarily suspended and the Nevada Athletic Commission will conduct a hearing to determine if either fighter will be indefinitely suspended. Khabib has also taken to social media to voice his frustrations with the situation and the UFC’s immediate response to same (not sure what this last phrase means).  He stated that if his teammate, Zubaira Tukhugov, who attacked McGregor, was released from the UFC, then Khabib would not return to the octagon.

Whatever the ultimate result, fans will be even more interest in the rematch which McGregor has already requested.

UFC President Dana White is absolutely doing the right thing and sending the right message to everyone, especially our children. He may not only fine and suspend Khabib but possibly strip away his championship belt. When you are a professional and in the media spotlight, there are consequences for your actions.